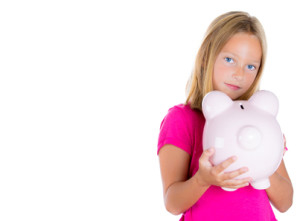 This new provision, which took effect in January 2010, also contains a cost of living adjustment so that every two years the base amount will change by the same percentage as the consumer price index.

While both parents are assumed to have an obligation to provide support for their children, the CSSA establishes the “presumptively correct” amount that the custodial parent would receive from the non-custodial parent. The percentages that are applied to the income of each parent are 17% for one child, 25% for two, 29% for three, 31% for four and no less than 35% for five or more children.

Although the statute does not define custody, the parent who provides the primary residence for the children for more than 50% of the time is considered to be the custodial parent for the purposes of child support. And if the children spend the same amount of time each week or month with each parent, the courts have determined that the non-custodial parent is the parent who earns the greater income.

If you have children under 21, your agreement must include the calculation made pursuant to the CSSA. If you would like to review a copy of the CHILD SUPPORT STANDARDS CHART prepared by the NEW YORK STATE OFFICE OF TEMPORARY AND DISABILITY ASSISTANCE DIVISION OF CHILD SUPPORT ENFORCEMENT visit www.childsupport.ny.gov/dcse/pdfs/cssa_2014.pdf.

If the amount you agree on is different than that provided under the CSSA, the law requires that you to state the reasons for such a deviation in your agreement. The most commonly accepted reasons include a parenting agreement where each of you will be spending a significant amount of time with your children; an agreement that each of you will be directly paying some of the children’s expenses; a waiver of a right to receive spousal support or the full value of a marital asset; or any other factor that demonstrates to the court that the needs of the children will be adequately met.

The CSSA child support amount is designed to meet the basic needs of your children, including food, clothing and shelter but does not include the cost of health insurance, non-insurance covered medical expenses, child care or educational expenses, which are assigned on a pro rata basis to each parent. The amount also does not include the cost of activities such as dance and music lessons, sports, summer camps or other such extras.

Finally, while the law does provide for a mechanism to modify the amount of child support as the income of each parent and the needs of the children change, many couples create their own modification provisions and include them right in the agreement so they don’t have to risk an applica