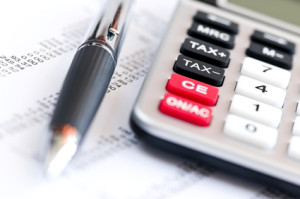 In New York, what used to be called “alimony” is now called “maintenance”.  On January 23, 2016 New York adopted a law that creates “guidelines” that are designed to assist a court in determining the amount and duration of spousal maintenance.

First, some background. Maintenance was typically awarded when a court felt that one spouse, called the “recipient” needed financial assistance to meet his or her needs and the “payor” had the means to assist in meeting those needs. The court was required to consider 20 factors in determining the amount and duration (length of time) of maintenance.

Of course this led to all sorts of unpredictable results since it was difficult if not impossible to “weigh” the 20 factors; that is, it was difficult to determine whether one factor was more important than another. It also led to a lot of litigation since, not only was there little predictability, but maintenance was often as much an emotional issue as it was a financial one!

When New York first adopted No Fault divorce in 2010, an effort was made to create more predictability and uniformity in this area by creating guidelines. The effort, however, failed to pass the legislature, which tasked the Law Revision Commission to study the issue and make recommendations to the legislature to achieve the goal of “ensuring that the economic consequences of a divorce are fairly and equitably shared by the divorcing couple.”

The result of several years of study was Domestic Relations Law 236(B)(6) which requires a court, “upon application of a party” to make an award of “post-divorce maintenance” by following certain guidelines based on the income of each party. (The new law also established temporary maintenance, but this is not addressed here).

“Income” is defined in the new statute to be the same as defined in the Child Support Standards Act, which seems to mean that FICA and certain taxes are deducted. It also includes the income from “income-producing property distributed or to be distributed” in the divorce.

The new law also created an income cap of $175,000.00 for the payor spouse. This amount will increase every other January 31 beginning in 2016, based on changes in the Consumer Price Index for all urban consumers (the CPI-U).

If the payor spouse is the non-custodial parent the law says you:

Therefore, yearly maintenance would be $14,000/yr (the lower of the two results).